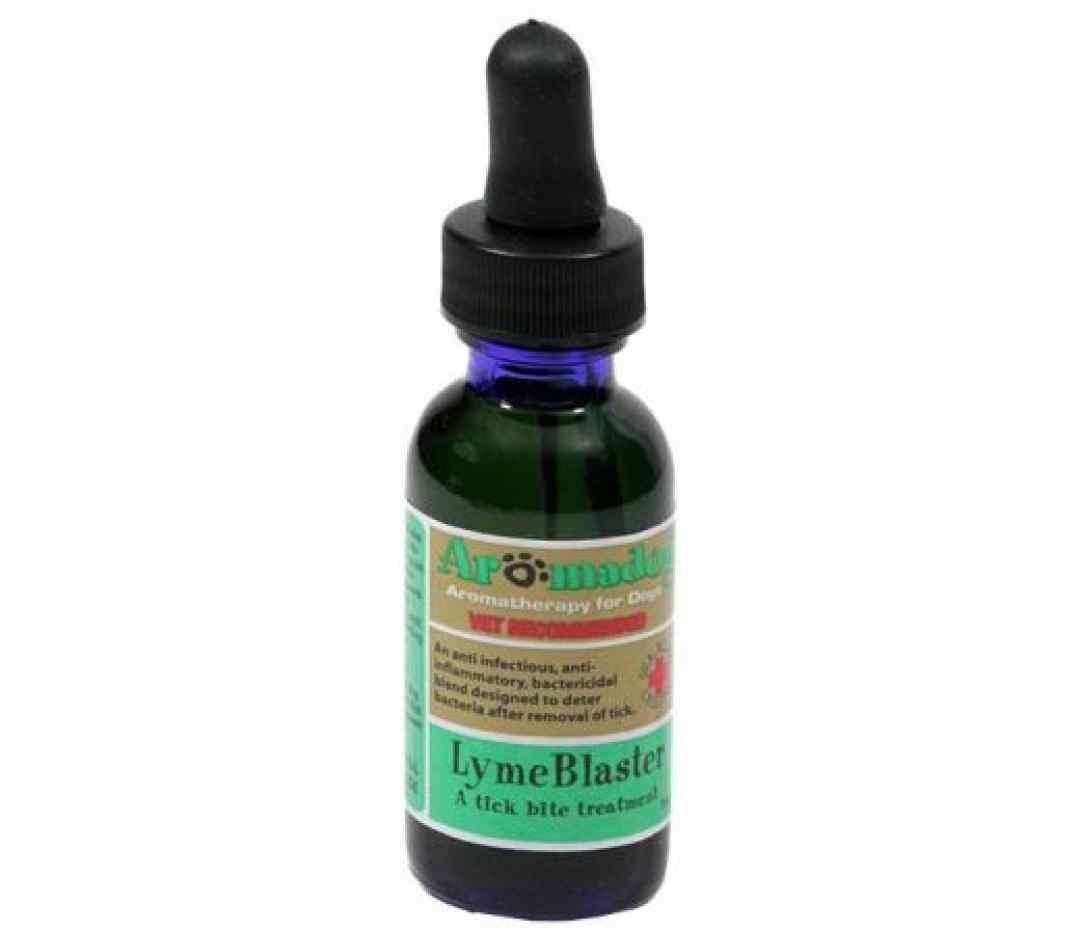 Dog Flea & Tick Aromatherapy AromaDog Made In USA All

Lyme Blaster is a vet-recommended and all natural tick bite treatment designed to prevent infection after the tick has been removed.

Lyme disease is an infection caused by Borrelia burgdorferi, a type of bacteria called a spirochete that is carried inside the stomachs of ticks. In some cases mites and biting flies can also transmit the bacteria. The spirochete is able to wrap around cells and actually form a cyst like wall around itself which enables it to make its home anywhere in the body. It is an insidious bacterium that one it is in the bloodstream, looks for places to hide and becomes very difficult to treat.  A tick needs to feed for 12 to 36 hours (there are cases of only 2 hours) before it transmits the spirochete as well many other types of bacteria.

With an army of powerful anti-bacterial, anti-infectious, bactericidal essential oils and a potent flower essence, the area where the tick has been will be flooded with the deep penetrating and quickly absorbed action of Lyme Blaster's properties.  We have chosen strong but gentle to the skin oils and infusions that encompass a complete healing including attacking the bacteria, soothing the irritation, taking down inflammation, and raising the vibration of the bacteria to change the level of its destructiveness.

Therapeutic grade EO of African Sage, Tea Tree Select, Spike Lavender, and other EO's in a base of Hazelnut and St John's Wort infusion. Flower essence of Teasel